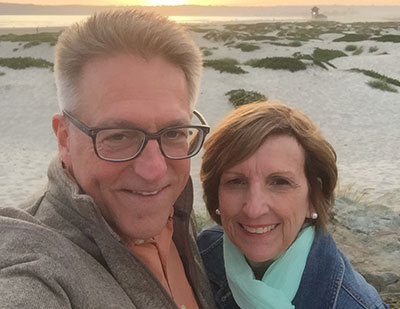 Every church family has a story to tell. Here’s ours.

Nearly forty years ago, Ben and Tina Hoerr responded to the call of God to leave Peoria, IL, and the family landscape business of which they were a part (Hoerr Nursery), and move to Champaign to participate in a fledgling Bible study group they helped start while students at the University of Illinois. Over the next three decades, that group grew to become The Vineyard Church of Central Illinois, a thriving local community of 3,000 members on 3 multi-site campuses where they both served on the staff.

The idea of starting another new church came somewhat as a surprise to Ben and Tina. They were both quite happy in their roles, and planned to spend their entire lives in that community. But beginning in early 2007, it seemed that God was leading them in the direction of change, potentially church planting, something neither had previously considered. By fall of 2009, God had made it clear that they were to steward their gifts and experience and become a vital part of their church’s vision of planting churches throughout central Illinois by returning home to Peoria to start a new Vineyard Church!  In the following months, the Holy Spirit raised up a team of risk-takers who were also willing to intentionally follow Jesus and be a part of the plant.

In the spring of 2011, that team of fifteen adults and eleven children relocated to Peoria. Since then, our hope has continued for the Vineyard to be a vibrant, multi-ethnic, multi-generational community that is biblical, practical, powerful, and fun. So no matter where you are on your spiritual journey—sincere seeker, hardened skeptic, disillusioned church-goer, or disciple looking to put down roots and grow—we’d consider it a privilege to play a small but significant part in the story God’s writing in your life in this great city.